with a Free Day in Cairo 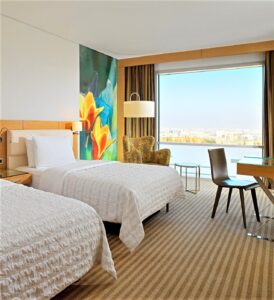 While some of your fellow travelers (from the 16-day Egypt tour) fly home today, you will be staying at the same hotel for another night. This gives you a free day to relax and catch up on sleep, organize your trip photos, check email, and generally have time to unwind. We have lots of new experiences coming up and you’ll want to have the energy to enjoy them all!

Tomorrow we will be leaving Cairo to begin our journey to the Siwa Oasis. 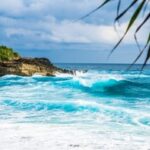 Tuesday, November 29, 2022: Off we go to Marsa Matruh on the shores of the Mediterranean Sea!

The first stop on our trip out of the city is a grocery store to buy snacks for our journey and anything else you might like to have for the next few days. Seeing which products are available to everyday Egyptians is also interesting.

Marsa Matruh is about 150 miles west of Alexandria and about 275 miles northwest of Giza. Average temps during the time that we will visit are about 51-73 F.

We will arrive in the late afternoon, have time to explore a bit, and have dinner in town before settling in for the night.

From Wikipedia: The city features soft white sand beaches and calm transparent waters; the bay is protected from the high seas by a series of rocks forming a natural breakwater, with a small opening to allow access for light vessels. Mersa Matruh started as a small fishing town during Ancient Egyptian times and the reign of Alexander The Great and was named Amunia. The city became known as Paraitonion in the Ptolemaic era. Ovid wrote that its goddess is Isis. After Egypt came under Roman rule, the town became an important harbor for trade and shipping goods and crops to Rome.

Leaving Marsa Matruh, we arrive in Siwa in the early afternoon and have lunch in town. After checking into our hotel, we have some time to explore the town a bit and check out some of the small shops. Some people may be interested to visit the Siwa House Museum. It has artifacts of the ancient Siwa population with its traditions and local customs. There is an exhibit showing the special clothing worn by a woman in the last 7 days before her wedding.

We watch the sunset from the Fatnas Island. It is located on the edge of the oasis on the shore of Lake Siwa about 6 kilometers from the town center. There are hot springs here that are said to have healing properties and the views over the lake are spectacular. Afterwards we have a traditional Bedouin dinner.

Note: The desert can get cold at night and it could be quite chilly this time of year. The average temperatures during our stay here in Siwa are 43-77 F.

From Wikipedia: Siwa Oasis is one of Egypt’s most isolated settlements with about 33,000 people, mostly Berbers, who developed a unique and isolated desert culture and a language called Siwi; they are also fluent in the Egyptian dialect of Arabic which is called “Masry” meaning Egyptian.  Its fame derives primarily from its ancient role as the home to an oracle of Ammon, the ruins of which are a popular tourist attraction which gave the oasis its ancient name Oasis of Amun Ra.

Although the oasis is known to have been settled since at least the 10th millennium BC, the earliest evidence of any connection with Ancient Egypt is the 26th Dynasty, when a necropolis was established. Ancient Greek settlers at Cyrene made contact with the oasis around the same time (7th century BC), and the oracle temple of Amun (Greek: Zeus Ammon), who, Herodotus was told, took the image here of a ram. Herodotus knew of a “fountain of the Sun” that ran coldest in the noontime heat. During his campaign to conquer the Persian Empire, Alexander the Great reached the oasis, supposedly by following birds across the desert. The oracle, Alexander’s court historians alleged, confirmed him as both a divine personage and the legitimate Pharaoh of Egypt, though Alexander’s motives in making the excursion, following his founding of Alexandria, remain to some extent inscrutable and contested. During the Ptolemaic Kingdom, its Ancient Egyptian name was sḫ.t-ỉm3w, meaning “Field of Trees.”

The traditional culture of Siwa shows many unique elements, some reflecting its longstanding links with the isolated Oasis life and the fact that the inhabitants are Siwi Berbers. Until a tarmac road was built to the Mediterranean coast in the 1980s Siwa’s only links with the outside world were by arduous camel tracks through the desert. These were used to export dates and olives, bring trade goods, or carry pilgrims on the route which linked the Maghreb to Cairo and hence to Mecca.

Thursday, December 1, 2022: Sightseeing Day in Siwa. Mountain of the Dead, Temple of the Oracle, the Great Sand Sea

We start our sightseeing in Siwa with the famous Mountain of the Dead and one of the tombs there. You can read more about it here.

Next, we visit the famous Temple of the Oracle which dates from the 6th century BC and was renowned throughout the Mediterranean world. Alexander the Great came here to ask about his fate and whether or not he was really the son of Zeus (as his mother had told him). After consulting the oracle, Alexander requested that his generals bury him in Siwa once he passed. The ruins of the Temple of the Oracle are now open to visitors (with a ticket).

After lunch, we have a very different sort of adventure. We climb into 4×4 vehicles so we can explore some of the desert dunes of the Great Sand Sea in the Western Desert that surrounds the oasis. We don’t do the driving, of course! That is done by local drivers who “know the sand.” We are hoping that they will also feed us a dinner in the desert while we watch the stars begin to come out.

Today we begin with a chance to float in one of the Salt Lakes that Siwa is so famous for. People come to Siwa all year to receive the healing benefits of these beautiful blue waters. The high concentration of salt in the water means that you float without needing to swim at all. An opportunity not to be missed! Today’s a day for your swimsuit and flip-flops!

After floating in the Salt Lake, it is time to rinse off, and the Cleopatra’s Bath is the perfect place for this. It is a stone pool with natural spring water that has it’s own special health benefits.

After lunch we will spend the afternoon in the relaxing atmosphere of the Siwa Relax Retreat Center. There are options to have various treatments while we are there.  A Salt Scrub & Mud Mask Treatment is included in your tour. You can also have a Thai Yoga Massage or an Aromatherapy Massage (750 EGP each, about US$40-45, not included in your tour).

The Retreat Center is located right on the shore of the lake so it makes a picturesque setting for dinner and a sunset over the water. A perfect way to complete our visit to this very special place, an oasis in the desert. 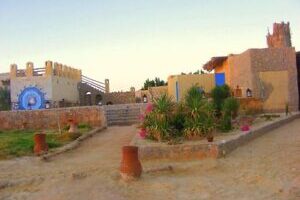 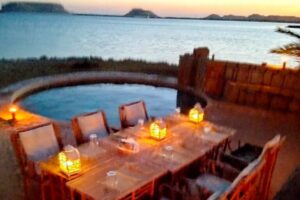 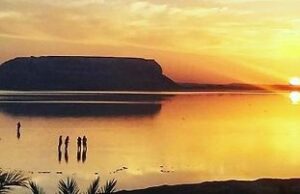 Saturday, December 3, 2022: Driving from Siwa back to Cairo

We have a long drive today. We leave Siwa this morning and make the journey all the way back to Cairo. There will be rest stops along the way and a stop for lunch, but we will wait to have dinner at the hotel when we get back to Cairo.

Wow! The tour is over. It’s has been full and rich, but now it is time to get back home. We hope to see you all again! Egypt will stay in our hearts forever.

Note that breakfast is included at the hotel this morning. If you are leaving early, you can ask for a breakfast box to eat on the way to the airport. 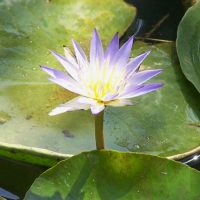 Our tours begin in Cairo, Egypt on Sunday evenings in 2022. Those leaving from the USA depart on Saturday, as the flights travel overnight and arrive in Egypt the next day.  More . . . 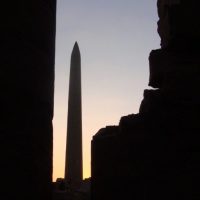 What’s included in your  “Time & Space in the Temples & Pyramids” Egypt Tours with Ruth Shilling?

GETTING READY
What you will need for your Egypt trip. 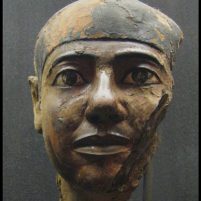 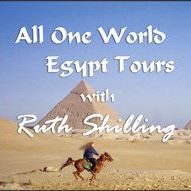 See updates about the latest discoveries and other news from All One World Egypt Tours. 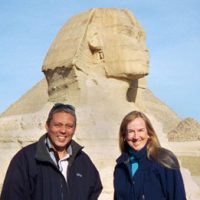 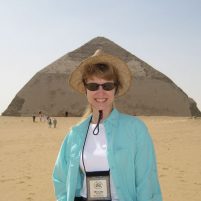 Who travels with All One World? And what do they have to say about our tours? Read about it here . . .

Visit our original website, 1worldtours.com for information about our previous tours, additional photos of Egypt, our contact information, and more.